A while back a customer approached me to restore an old letter box. Not the Royal Mail pillar box type, but a wooden box covered with red and gold embossed leather. Once upon a time this container was used for storing letters under lock and key. It was inlaid with beautiful engraved brass fittings, one of which had been lost. 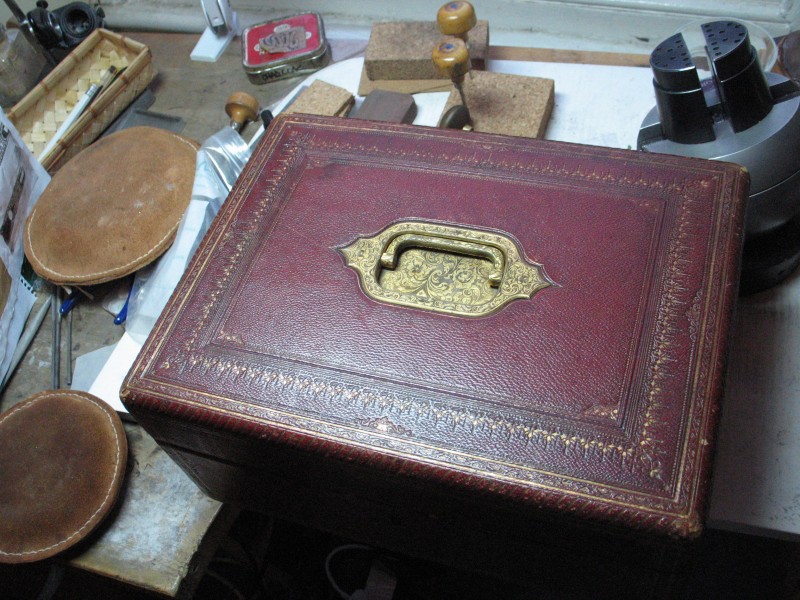 Unfortunately the lock had been removed, the box damaged, and it was too expensive to replace, the lock being of an unusual type. 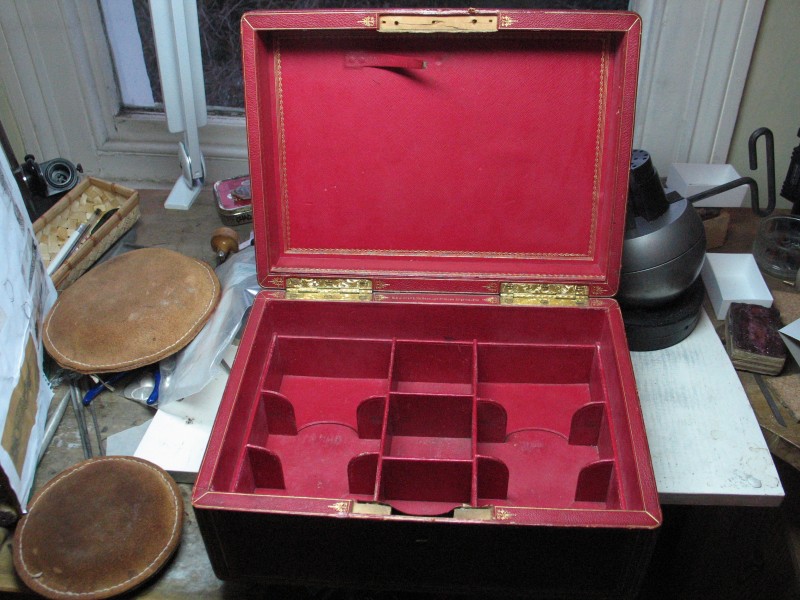 …and instead make two inlaid brass pieces to replace the missing parts, with engraving to match the rest. 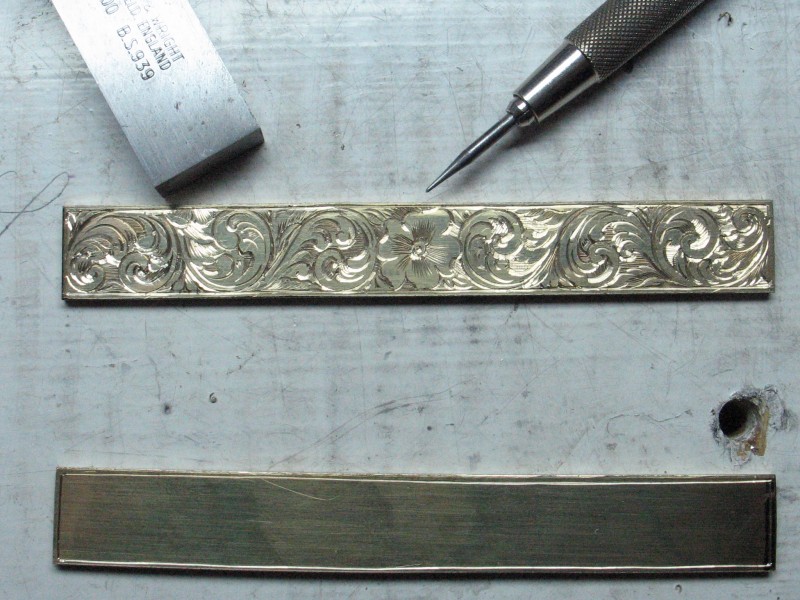 Here’s a final detail of inlaid brass handle engraved with scrolls and flowers. I love how the engraving has darkened over time. The rich patina adds depth to the engraving. 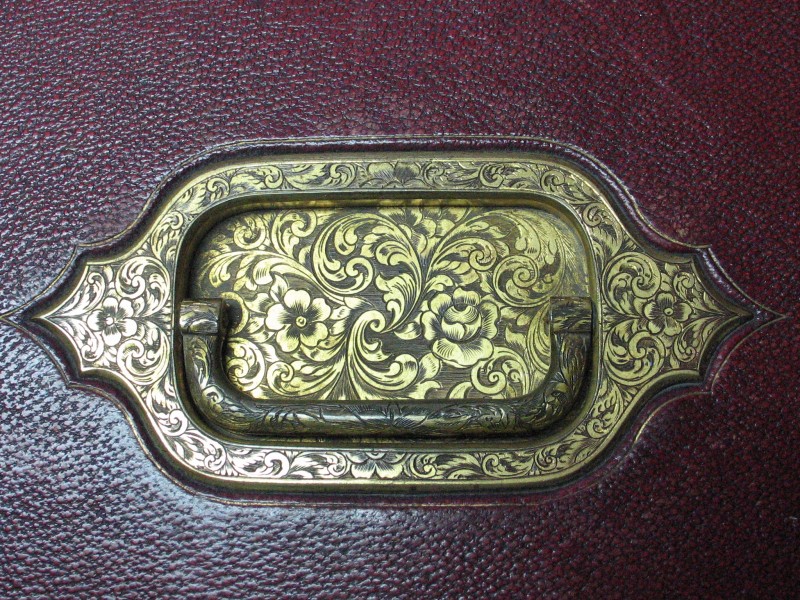